Joy Orbison has announced his debut mixtape, 'still slipping vol.1', which will drop on 13th August via XL Recordings. The title is a reference to his 2019 six-track EP, 'Slipping'.

Those interested in hearing anything from the release will have to wait until the official street date, as no music will be teased in advance. When the time comes, fans will be able to pick up a copy on vinyl, CD, and cassette, in addition to merchandise made in partnership with Tokyo clothing brand Cav Empt. Pre-orders for all items are now being taken.

“I've been working on the idea of a mixtape for a while now. I'd never really wanted to make an album, but the way I've been making and listening to music has changed a lot over the last few years and it doesn't always make sense on a single or EP. I also had this realisation that I wish my records were better suited to soundtracking people's bus journeys," said Orbison of the project.

"In my head this is a soul record but I'm not sure that's how people will hear it. The cover star is my wonderful cousin Leighann who introduced me to jungle, d’n'b, and UK garage at a young age. Without her I wouldn’t be doing what I do today," he continued. "I love this picture by Rosie Marks, it reminds me of a sample I wanted to nick from a Potter Payper interview that pretty much sums up my career - ‘you never know what a kind word could do for someone’."

Listeners can expect a selection of vocal productions and collaborations on the mixtape between Orbison, who became a BBC Radio 1 resident last summer, Herron, James Massiah, Bathe, Léa Sen, Goya Gumbani, and Tyson. In addition to his cousin, soundbites from the producer's mother, father, sister, and two uncles — one recently deceased — are also included, all of which were recorded in lockdown. 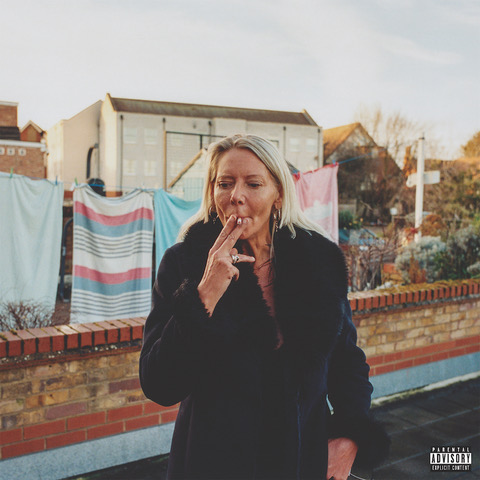