The soundtrack for the new FIFA 2022 video game has been unveiled, featuring 122 tracks from a wide variety of artists hailing from across 27 nations.

The first bunch of tracks are available now, with another batch set to be added to the game on 1st October. 52 tracks will feature on the main game's soundtrack, and the rest will appear on the street football-focused VOLTA Football, which has a "gritty underground vibe," according to a press release announcing the soundtrack.

You can see the full Volta Football selection in the image below, as well as a Spotify playlist featuring the regular game's soundtrack selections.

Swedish House Mafia's contribution to the FIFA 2022 soundtrack follows on from their performance at last week's MTV VMAs.

The Prodigy, Underworld, Little Simz and more contributed to the 2021 VOLTA Football soundtrack. 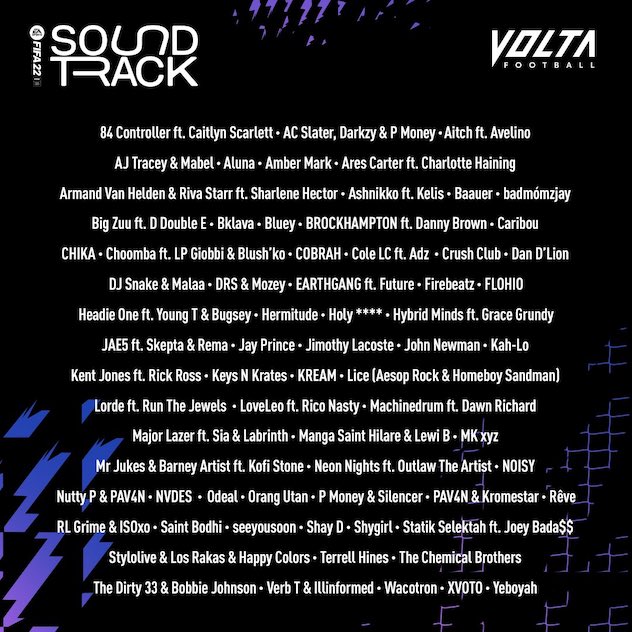