The Ark has locked in the likes of Darius Syrossian, Roger Sanchez and Gerd Janson for its maiden voyage this summer.

Taking place on Royal Caribbean's luxurious Freedom of The Sea — from Thursday 31st August to Sunday 3rd September — 50 of the world’s biggest underground DJs will soundtrack a whistlestop tour of Barcelona, Marseille and Ibiza.

The first phase line-up includes some of house and techno's biggest hitters with the likes of Masters at Work, Roger Sanchez, Gerd Janson, Stephan Bodzin, KiNK (Live) and Martin Solveig all confirmed to play The Ark's maiden voyage.

On-board facilities such as cinemas and theatres, as well as the ice skating rink and the upper deck, will all be converted into festive stages hosted by the likes of Ministry of Sound, Pacha and elrow.

Setting sail from Barcelona, the ship with dock in Ibiza for an entire day before heading to the French city of Marseille for an afternoon. During the final evening and overnight, the ship will then set course back to Barcelona once again.

More names will be announced ahead of The Ark’s maiden voyage on Thursday 31 August, 2017. 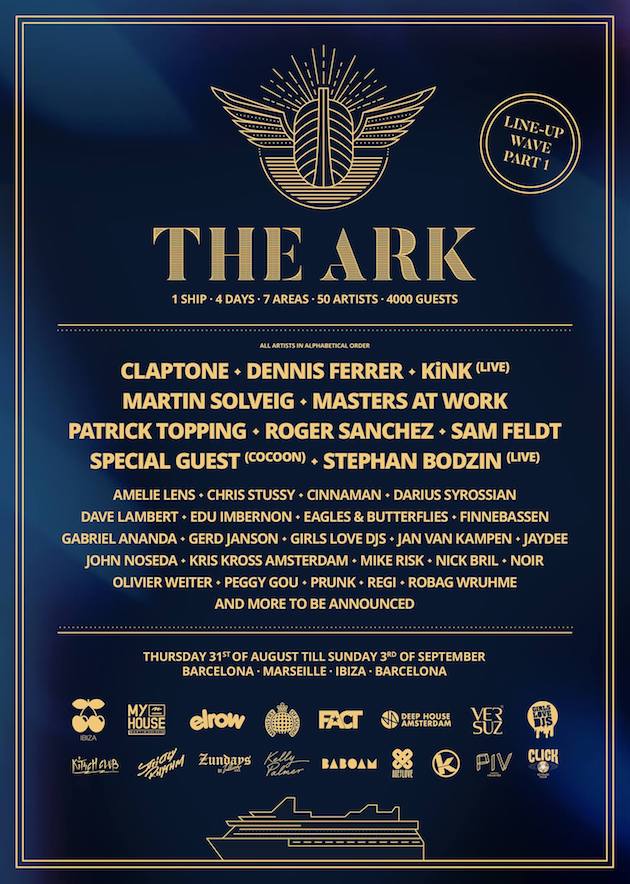