AMF has announced the full line-up for this year's event.

2019 will also see the return of AMF's II=I concept, bringing together Timmy Trumpet and W&W for an exclusive B2B performance. 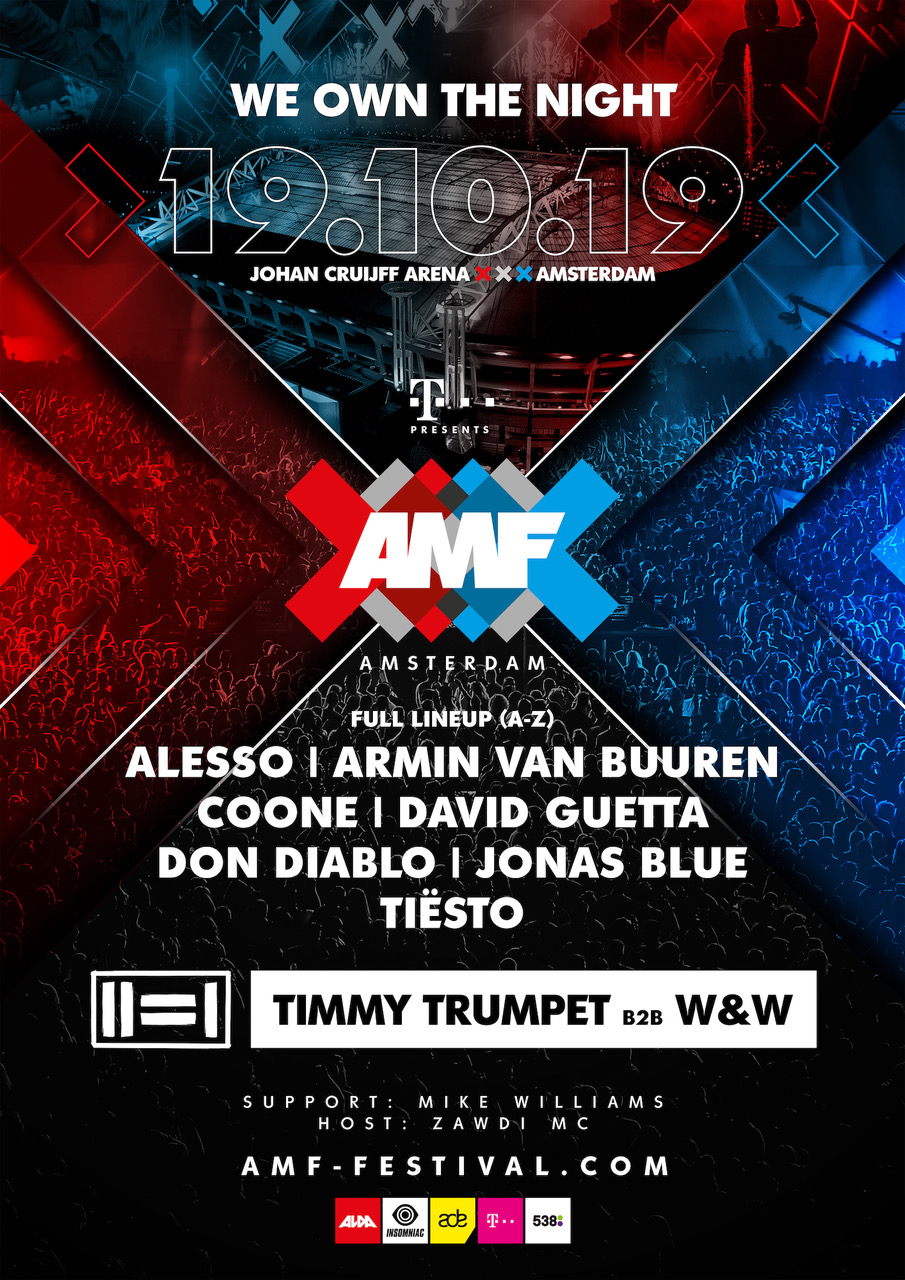