Wysing Polyphonic festival is an intimate haven for experimentation and collaboration | DJMag.com Skip to main content

Wysing Polyphonic festival is an intimate haven for experimentation and collaboration

Celebrating inventive sounds and dynamic collaborations above all, this year’s edition of Wysing Polyphonic, guest-curated by Somerset House Studios, pushes the boundaries of experimentation in electronic music, with unforgettable sets from Ziúr, Flora Yin-Wong, Mun Sing, Loraine James, and more

Inventive DJing, mind-altering live sets, and absurd explorations in artificial intelligence make for an unparalleled late-summer day out at Wysing Polyphonic 2019. Marking its tenth annual festival, Wysing Arts Centre, situated a few miles west of Cambridge, proves itself once again to be a vital hub for forward-thinking art and sounds. This year’s festival is curated by London’s Somerset House Studios, and boasts a line-up comprising the very best in contemporary experimental electronics, with a thematic thread of connectivity coursing through the day’s proceedings.

The day commences at the arts centre’s Amphis stage, a quaint, hut-like amphitheatre built in 2008 by Berlin-based artists Folke Köbberling and Martin Kaltwasser, using only discarded, found and recycled materials. In it, a choir of all ages lines the walls while the small crowd of festival-goers are encouraged to sit on the floor in the middle of the room. Wordless singing, humming and the occasional spontaneous yelp makes for a mesmerising, meditative, experience that cleanses the listening palate for the intense sounds to come. 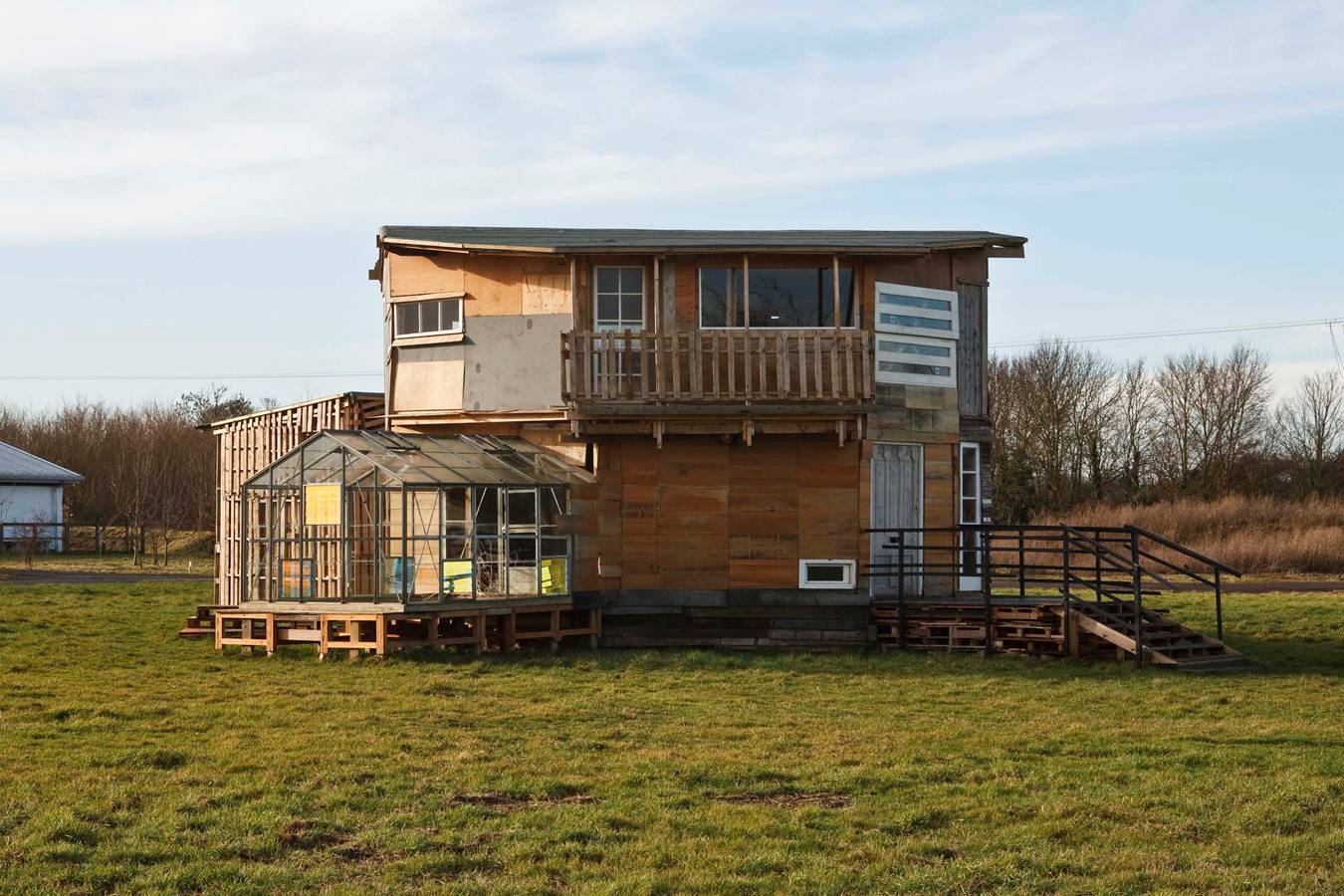 In the centre’s main building, The Gallery Stage plays host to the loudest, most rapturous sets of the day. First up is Berlin producer Ziúr and Merseyside artist and writer Roy Claire Potter, whose collaborative set was planned just one day before, after Ziúr’s initial collaborator Jesse Darling had to cancel their appearance due to illness. Not that you’d notice the rush; Ziúr uses a simple CDJ setup to create a thunderous, at times harrowing and at times crepuscular, electronic backdrop to Potter’s stark, reflective storytelling. With loops, sprawling effects, spin-backs, and layers of percussion, bass and extreme metal, Ziúr’s DJ technique is really something to behold — taking tricks and skills traditionally implemented in North American club music and hip-hop, and repurposing them into a new, experimental context. Luckily, we get to witness it in action again later, when she plays a solo set in the same room, using similar methods, with added live sounds and altered vocals to assemble the sounds of her own catalogue and forthcoming Planet Mu album.

Back at the Amphis stage, following a set of hypnotic percussion and fluttering live electronics from Tomaga’s Valentina Magaletti and Cathy Lucas, London-based, Irish artist Jennifer Walshe delivers a dizzying spoken-word piece derived from her work in artificial intelligence. Using convolutional and recurrent neural networks, as well as WaveNets, Walshe’s performance is an absurd, engaging and often hilarious investigation into the potential of AI in art. 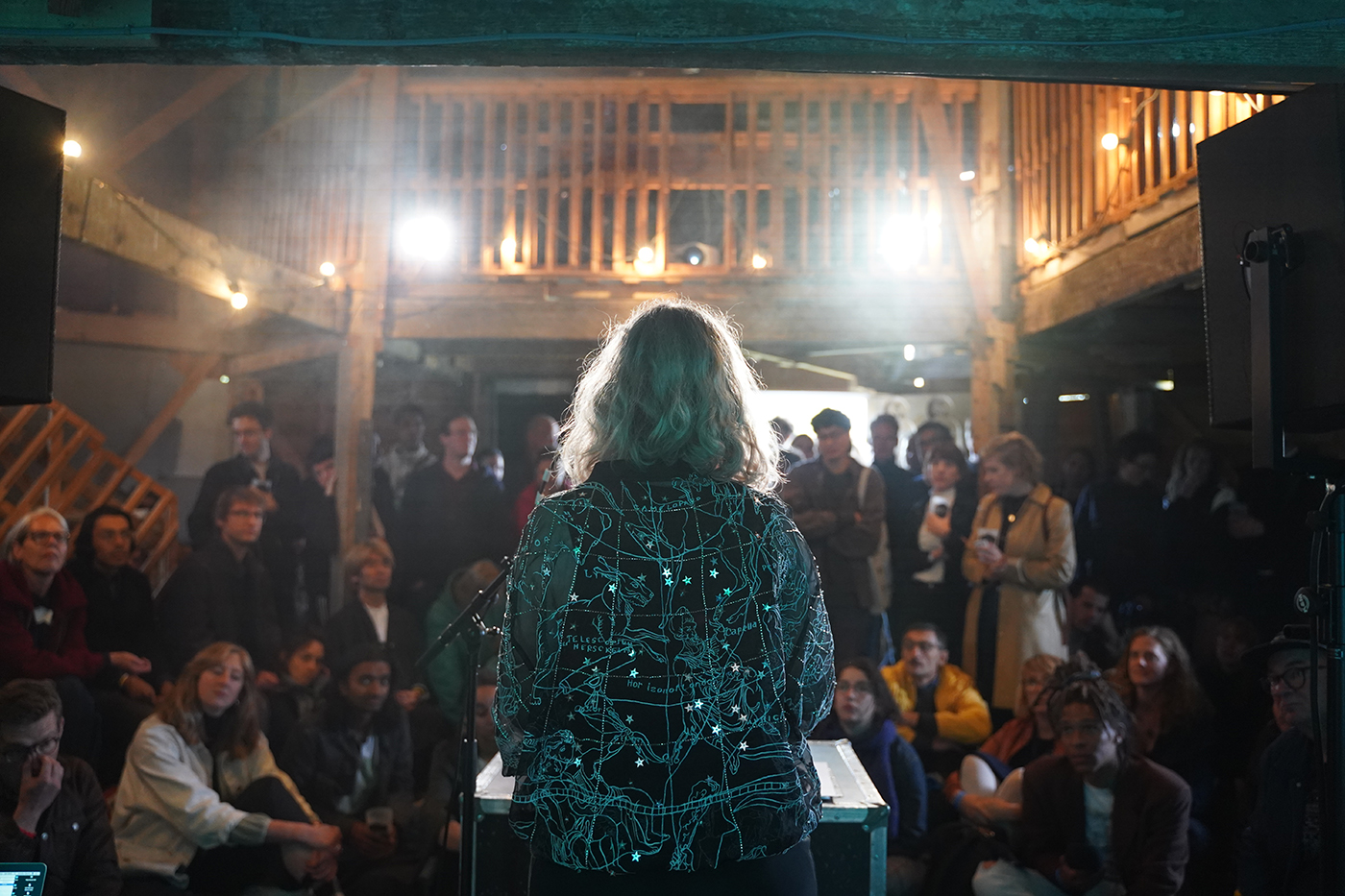 Sets at the Gallery Stage continue to captivate, with recent DJ Mag interviewee Flora Yin-Wong, AMRA and Zuli each traversing lucid sound design and deconstructed club music in their own way, and to jaw-dropping effect. Meanwhile, Brood Ma and Giant Swan’s Mun Sing create a more frenetic, hallucinatory dancefloor atmosphere with their live sets in the darkening Amphis Stage. Marija Bozinovska Jones and Kenichi Iwasa appear next, with Bozinovska Jones’ eclectic DJing and vocoder providing an ample pairing for Iwasa’s improvisations on a range of percussion and wind instruments.

Loraine James closes the Amphis hut with a live set comprising tracks from her forthcoming album for Hyperdub, ‘For You And I’. It’s a triumphant closer for the intimate stage, with the Londoner’s sound merging vivid, arpeggiated melodies, complex rhythmic turns and immense bass howls for a live experience that is emotive and engaging, but also suitability heavy for the festival’s dynamic peak. 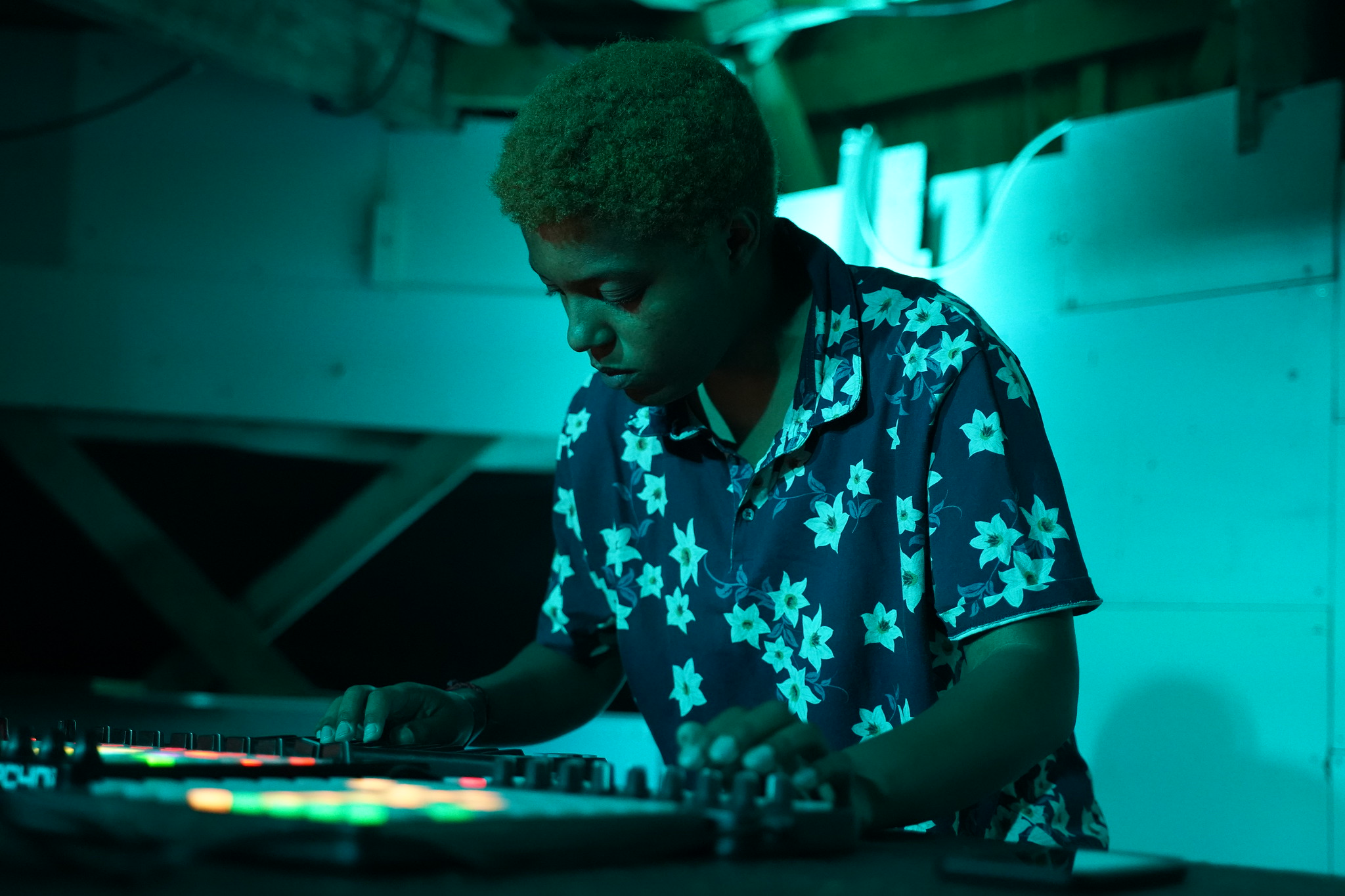 Beatrice Dillon and TTB close the festival with a b2b DJ set in the Gallery Stage. Turning down the experimentalism that defined the inspiring 12 hours that preceded it, the duo play everything from rugged techno and bass, to R&B and dancehall. With festival-goers and artists dancing loosely side by side, the theme of connectivity that informed Somerset House Studios’ curation of the event is palpable. In 2019, Wysing Polyphonic solidifies itself as a celebration of collaboration and experimentation, and of shared support among artists so often seen as outliers in the field of electronic music.

Read our recent cover feature with Hyperdub, and our round-up of the label's next generation of artists