“I’m working through my own heartbreaks of the past year, as I feel many other people are,” the LA-based DJ and producer says. “I hope this mix helps folks connect to their emotional body and release tensions.”

That search for connection and release is at the core of BAE BAE’s process. An intuitive selector who strives for the surprising and spiritual in her technique, she describes her style as “hyper eclectic”, and will race freely through genres with a deft, creative hand: from footwork, jungle and juke into grime, garage, grime and beyond, with her lifelong love of R&B never far from the surface.

“With DJing, my intuition comes in when I think about how to combine the genres,” she says. “I focus a lot on blends and am usually focused on intensifying the rhythms or emotions when I mix tracks. I also like mixing tracks with irony. For example—combining Trillville’s ‘Some Cut’ into D’Angelo’s ‘Lady’ into a jungle track like Maximum Style’s ‘Admit to Love’ would be a way I might play with irony and rhythm.

“Play is the key word for me,” she continues. “Mixing as a DJ is really just fucking around with music and I like to play around with pitch shifts, beat repeats, and loops. I try to surprise myself with each choice in song and transition approach, which means tapping into what’s unconscious and spiritual in me.”

Intuition and emotion played a key role in BAE BAE’s debut EP, ‘spiral’, released in 2020. Across six tracks, BAE BAE fuses R&B with frenetic club rhythms influenced by Miami bass and jungle. By creatively sampling classic tracks by For Real and Blackstreet, along with guest vocals from Asphodèle on ‘Purge’ and a remix of AKUA’s ‘If’, BAE BAE crafted a sentimental release of sheer rave euphoria and heart.

Producing and releasing ‘spiral’ was a highlight in a strange year for BAE BAE, who found herself re-evaluating friendships and relationships, and learning to embrace herself and “accept my beauty and fuckery”. In the winter, she travelled to Jamaica to research ghost stories as part of a new music and visual project she’s working on, one which again finds her honing in on notions of connection and human emotion. “I learned that often in folklore and personal stories, ghosts are signs of heartbreaks or breakdowns in communication— incommunicability,” she says. “I’m interested in the theme of what speech cannot communicate, [and] why people turn to sound, music, visual representation, and folktales… I think a lot about human behaviour and emotion and how to translate it into music and song combinations.”

It’s an idea that has permeated BAE BAE’s love of music since she was 10-years-old, listening to LA’s hip hop and R&B stations Power 106 and 92.3 The Beat. R&B became a tool for her to “lean into my sadness”, and soon she was buying albums by the likes Aaliyah, TLC, Brandy, and Toni Braxton through the discount subscription service, Columbia House. “It was powerful to be a Black girl and connect with these women’s voices and aesthetics,” she says.

“I’ll never forget the first R&B track I heard in elementary school: Brian McKnight’s ‘Anytime’,” she continues. “I recorded it on my walkman and played it over and over, inventing a tragic love story that I was the protagonist of, but had never experienced.” 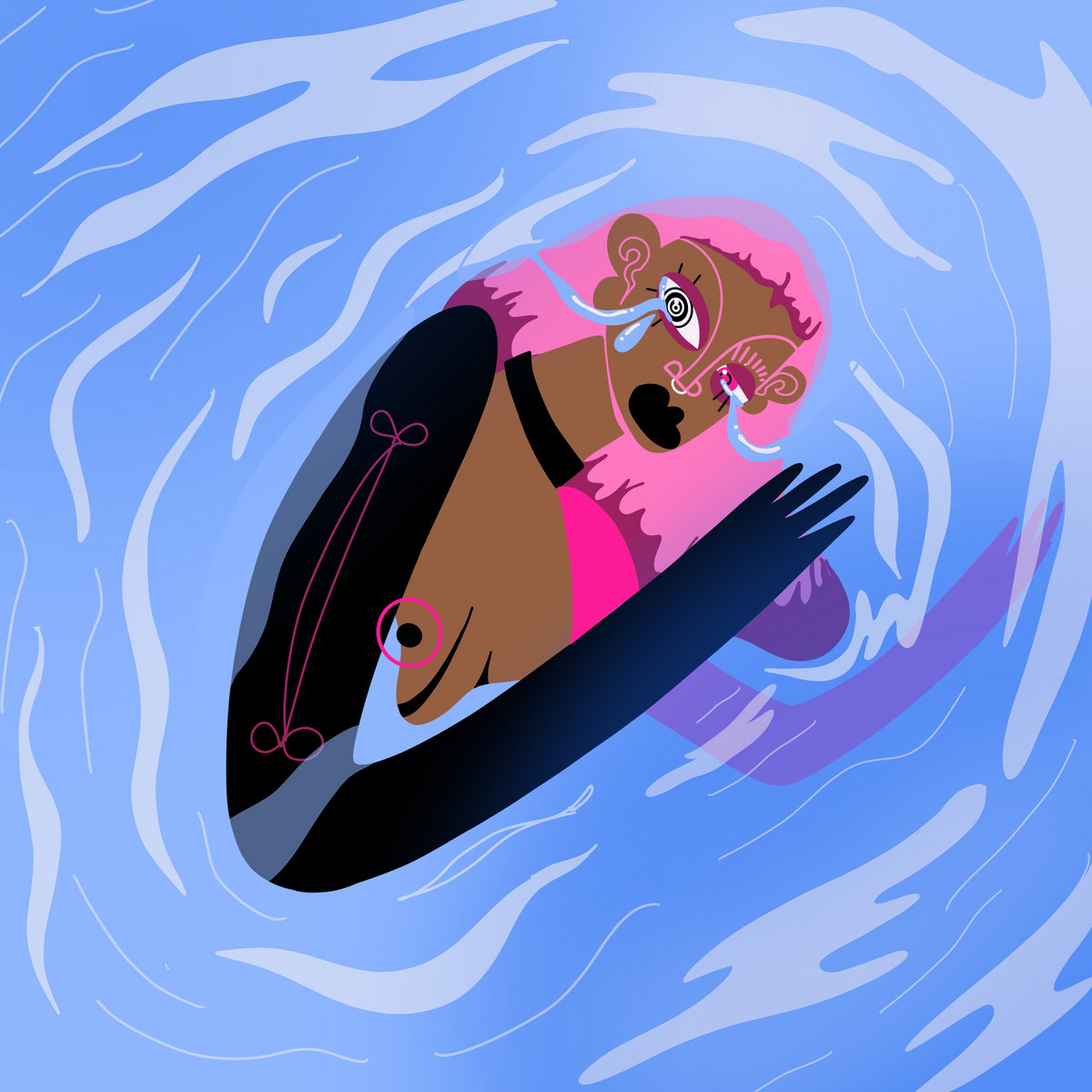 BAE BAE started DJing in 2016 after dropping out of a PhD program at UCI. Mixing music became “a coping mechanism for my sense of failure”, she says. Soon after that, she launched the Black queer DIY party, Love is the Plug, in LA, which gradually evolved into a monthly event where she would DJ alongside friends and peers.

The warehouse party scene in LA informed her introduction to producing music too. After releasing a few edits and blends on Soundcloud, she started working on her own sounds. Inspired by her favourite local DJs and producers such as Asmara and Kingdon, she sought to combine elements of R&B with the other dancefloor genres she loved. “R&B raised me — and I wanted to add my perspective to the world of its remix,” she says.

As well as running events, BAE BAE is also the founder of Negress, a platform that highlights and celebrates Black femme and women artists across a wide range of disciplines. On social media (@negressworld), the platform provides a “virtual space for Black femmes and women to come together”, with plans to hold live events and create an online publication for original content in future. “It’s about making sure that we are honored for our creativity and aesthetics,” BAE BAE says. “I feel that often in the art worlds we are invisibilized and exploited...For me, a key aspect to liberation is to create space to think, feel, and be in your truth.”

It’s a spirit of shared influence and support that BAE BAE holds dear, emphasising how her musical community has “saved me in some dark times”. “Some of my greatest influences are my friends in music,” she says. “Over the years I’ve learned so much from artists [such as] Ikonika, Bored Lord, DJ Kita, Scratchclart, Foreigner, She Spells Doom, Lighght, tati au miel, NA DJ, and Dave Quam, to name a few... I am grateful to be reminded of love through them and their work”

Looking to the future, BAE BAE is in the process of completing exams as part of her PhD at USC, and plans to launch straight into the EPs she has in the works after that: an R&G project, ‘feeding ghosts’, and an IDM/ambient project called ‘sleep paralysis’. “I’m excited to continue unpacking what R&B is to me,” she says “and seeing what sound ideas can be generated by its vocals, melodies, and chords, especially in conversation with the drums and basslines of dance genres. I’m looking forward to playing with losing more structured ways of making music with the ambient EP.”

While you wait for all that, dig into BAE BAE’s Fresh Kicks mix, aka “Heartbreaks and 808s”, below.