With an hour of gritty club sounds and percussive techno heat, Glaswegian DJ, producer and Eyeangle Records boss Liam Doc is next up in the Fresh Kicks mix series

“It wasn’t even meant to happen,” Liam Doc laughs over the phone. “I was meant to be driving and being sensible!” He’s telling a story about a recent gig at Glasgow’s Sub Club, when he and Denis Sulta played a spontaneous B2B to an unexpecting crowd. “Denis Sulta called me after work and was like, ‘Are you playing tonight in Glasgow?’ I told him ‘Aye’, and he said that he was home, and that he might bring his USB [to the club]. So it turned into a mad one - as it normally does.”

Glasgow has just been named the UK’s cultural and creative capital, ahead of Brighton, Bristol, London and Manchester. Long recognised as the beating heart of Scotland’s arts scene, the city is home to record labels, record shops, established artists and newcomers, which more recently includes Liam Docherty. Docherty is the DJ, producer and Eyeangle Records label-boss known as Liam Doc, who has gained recognition for his eclectic style of mixing electro, breaks, techno and acid, as well as disco and house, with wicked precision. Alongside his sets, his forward-thinking, bold production style caught the attention of Denis Sulta, whose championing of his early tracks gave him a massive exposure boost.

“All the gigs I got, my residencies, it was all off the hype of him playing that track,” Docherty says. He’s referring to Sulta putting out his edit of Voices Of East Harlem’s ‘Wanted Dead Or Alive’ during a gig with fellow Glaswegian DJ and producer, Big Miz. “It gave me a boot up the arse to get into the studio and make sure I’ve got a constant stream of tracks that are sitting ready.” 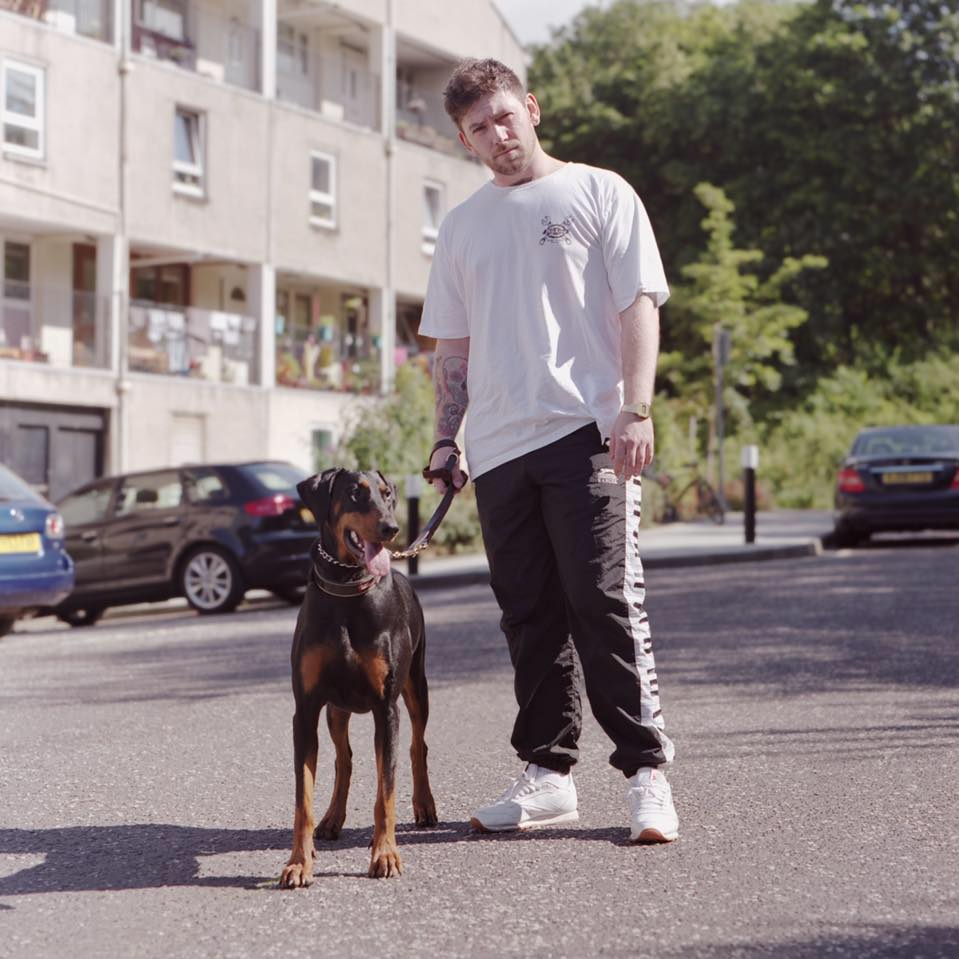 It’s at his residencies that Docherty gets to road test his creations. About six months or so after Sulta played his edit, he was contacted by RARE, an Aberdeen-based party now making hosting a weekly night at the Sub Club. Getting the opportunity to play alongside DJs like Trancewax AKA Ejeca, Kornél Kovács and Cromby, Liam Doc has become a regular new face in the club’s residents list, and earned himself another residency along the way, too. He was booked to play for Edinburgh’s FLY as a guest, and a few months later he was offered a regular slot. “Their team sheet is unbelievable,” he stresses, alluding to the likes of Eclair Fifi, Denis Sulta, Jasper James, and Theo Kottis. “Being among those artists feels surreal - like I could wake up any minute and it’ll not actually be real.”

Liam Doc spent his childhood in London, where his dad worked as a physiotherapist for Millwall FC, and the family moved back to Glasgow when he was 14-years-old. He started going out to clubs in Glasgow as a teenager, watching legends like Sub Club’s long-time house and techno residents Harri & Domenic. “I think the history with the folk who play music in Glasgow is amazing, people who have been residents for close to 30 years,” he enthuses. “They’ve pioneered a scene, they play every Saturday, so I’ve got to watch that grow over the years. It’s the best introduction to the club scene and electronic music you could get. They’re still my favourite DJs to go and see.”

Long before he stepped behind the decks, Liam Doc was producing music that sounds very different from his current style. “I started producing about seven years ago, literally using an iPad and [Apple software program] GarageBand,” he remembers. “I was making guitar music and thinking I could sing, but I was never much of a singer,” he laughs, “so I scrapped the vocals and started working with a rapper and producing hip-hop stuff, which just gradually got heavier.”

“I feel like I’ve only just hit the tip of the iceberg with electronic music,” he continues. “It’s only been the past three-four years that I’ve been involved in that scene. Before, I was listening to more chilled out stuff: Jamie xx, Bonobo, Joe Goddard.”

He admits that although his own label, Eyeangle Records, was launched five years ago, he’s only taken the running of it seriously over the past three. “There was a whole load of shit released on the label that I’d produced, but I took it down,” he confesses. “You’ll never find it, it’s all deleted. I got in touch with the distribution company and removed everything, took it back to a blank slate, and started again. Then I was putting out hip-hop stuff, before taking it back to a blank slate AGAIN - and here we are.”

In the last year, the sound of Eyeangle has developed its own identity. With solo EPs from Kamus and Lobec, as well as a various artists compilation featuring Big Miz, Elliot Adamson and Liam Doc himself, the label has become home to what he describes as mostly “electro, breaks, and leftfield”.

He cites influences for his techno records as being more in the realms of object blue, Burial, and Carlton Doom, while his disco-tinged edits are inspired by Big Miz, Dan Shake, and Marquis Hawkes. “My productions are either super up-beat edits or moody, scary techno,” he says. “A sensible person would have created an alter ego or something, but I quite like the eclecticness of it all. If a promoter books me, they don’t know what they’re going to get.”

There’s an Eyeangle sub-label, Roux Records, which is thriving under the guidance of DJ and producer Chris Roux, with a back-catalogue of disco edits and feel-good house tracks.

Liam Doc has put back into the underground scene he grew up in, running his own ad-hoc Cyberfreq warehouse parties, although they’ve simmered down in recent months, after Scottish tabloid the Daily Record caught on. “We just wanted a place where we could party,” he explains. “And for a stupid amounts of hours. We'd open at midnight and it was open until gone seven in the morning. It was a mad warehouse in an industrial estate. You had to text a number to get the location, and if you messaged us on Facebook, you'd be getting screened and asked questions to make sure you weren't giving the game away.”

After the tabloid run in, Cyberfreq is now “legit”. They happen quarterly at Glasgow’s Berkeley Suite, and he’s committed to keeping the underground vibe despite the re-location. “We’re planning on getting some guests down,” he says. “Myself, Kamus, and PinballSpider run that. We've been looking at certain labels and collectives to have as guests. It's really new and fresh, but the response we got when we started was insane. You couldn't get through the door at the first three parties."

As for what's to come, he’s playing outside Scotland this month, with gigs confirmed in Birmingham and Belfast - “There's only four or five cities you can play up here, and I don't want to oversaturate myself,” he says. - and he’s got an EP confirmed for Denis Sulta’s label, Silver Service. Right now, though, Docherty’s DJ Mag Fresh Kicks mix gives insight into his love for moody electronics. It’s an hour of captivating, abstract techno and breaks, featuring new music from object blue, Badsista, and Anunaku. “Its made up of a lot of tracks I’ve been rinsing recently,” he tells us. “Some amazing undiscovered gems I’ve stumbled across, some unreleased tunes from myself and friends, and it definitely gives a sneak peek into the darker, more left-field side of my collection.” 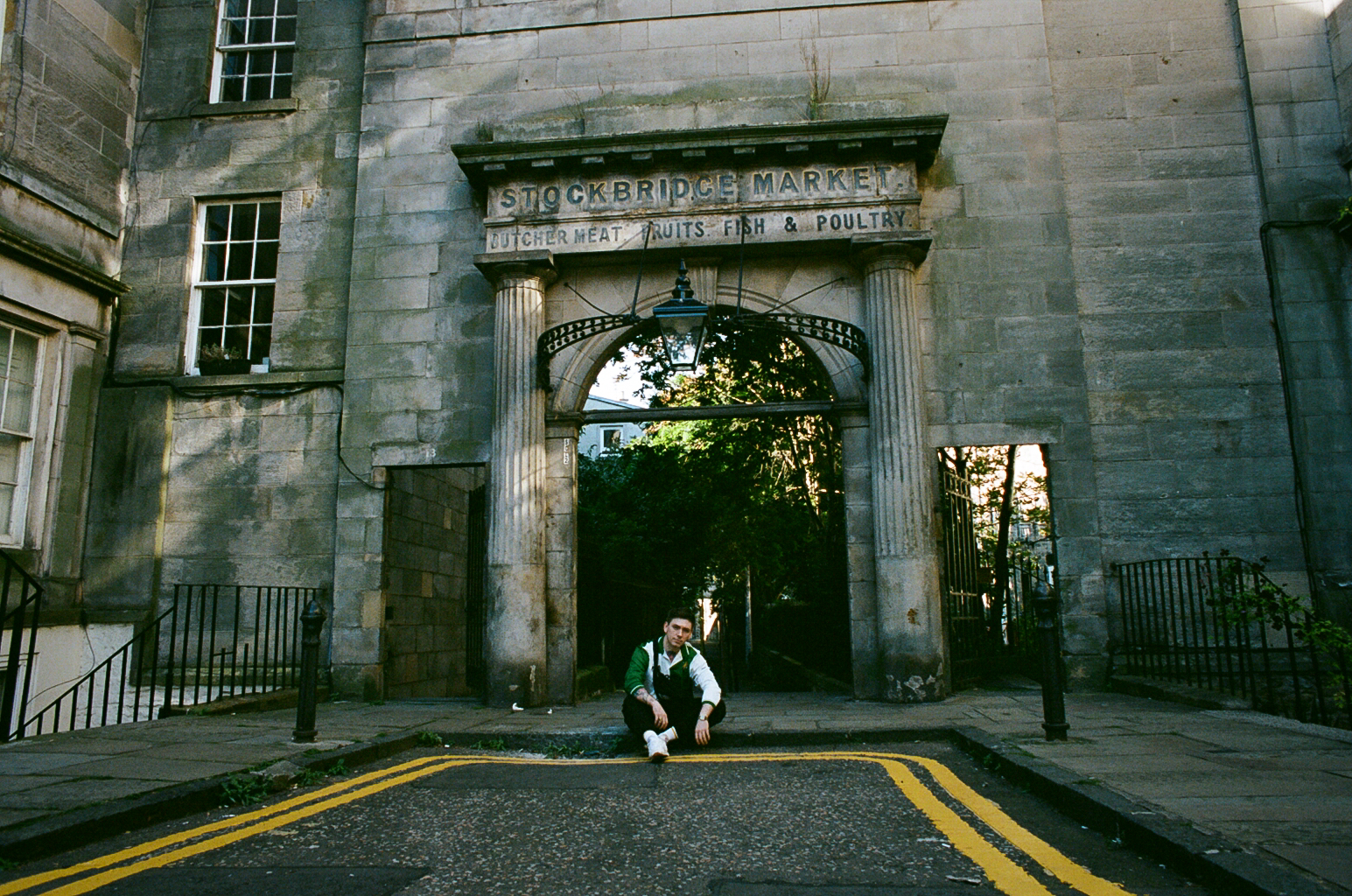 Last track that blew your mind?
Denis Sulta ‘It's Tough, But Not As Much As The Dream Is Worth (Joseph)’

Last DJ that blew your mind?
Jamie XX (Seen him at T in the park and it was without a doubt the BEST set I've ever witnessed)

Favourite producer?
Kamus and PinballSpider, sorry can't pick between them. The three of us share tracks amongst each other in our group chat for feedback and to get each other's thoughts. The pair of them are stupidly talented and never fail to inspire me if I've ever hit a creative block.

What record is top of your wishlist?
Legacy / Code 3 ‎– Girls Do It Just For Fun / Code-Of-Acid (If anyone wants to donate £140 so i can grab it on discogs feel free to message me)

Want more? Check out our Fresh Kicks mixes from DJ Bowlcut and Amazondotcom