On Cue is our flagship mix series, celebrating the pivotal DJs and producers whose influence has shaped the world of electronic music, both in their local scenes and beyond. This week, DJ/producer and long-standing FUSE resident, Rossko, serves up a hypnotic melting pot of minimal house and techno rollers, and chats about his early teens on pirate radio, illegal raves, and the launch of his new label, Late Night Skanking

London-born DJ and producer Ross, better known as Rossko, had his first brush with authentic, UK rave sounds younger than most. He was 11 years old when he snuck into a friend’s older brother’s room, and when they switched the mixer on it started playing Dem 2’s 1998 garage classic, ‘Destiny’. “We listened to that song for hours as we didn’t know how to work the mixer,” Rossko tells DJ Mag. “I was hooked from that point forward.”

That chance encounter with early XL Recordings ignited a passion in Rossko, to find music from the underground and be involved any way he could during his young teens. He eventually found a gateway to that world through pirate radio. “First I got into buying rave tape packs — I was so curious about these raves,” he remembers. “You could hear the crowd live in the recordings. I was only 13, and I couldn’t afford decks or records then, but I found writing rhymes easy, so I began to MC.” One of the first EPs Rossko featured on was released via Red Handed Records, way back in 2001.

Although the pirate radio format is now semi-defunct in 2020, with the introduction of digital streaming, the daily broadcasts shaped the young Rossko. The sounds, the culture and the artists were all in his city, but in a world he existed just on the edge of — and knew he wanted to be part of. “I was going on pirate radio to MC week in, week out, by 14,” he says. “It was a way of life for me back then. I would sit in my room, extend my aerial, hoping to be lucky enough to lock into any London pirate I could find. I would tape all my favourite tracks and use them to practise my lyrics for next week’s show.”

“You had to be committed to looking for the best shows,” he continues. “There was no Soundcloud to listen back. If you missed the show — you missed that week’s freshest beats.”

Performing on and listening to pirate radio also made Rossko curious about the producers behind the tracks. He wasn’t just interested in MCing over them, and had an itch to start collecting the records he was hearing. “I ended up at all my local record shops in Essex and London with my walkman and headphones, asking the guys behind the counter for the ID,” he says. “That was the way we Shazam’d back then. I loved music so much that I became an avid collector. I had no intention of being a DJ at that time — I was pretty late to house and techno which I think has been my advantage in my selecting and collecting today.” 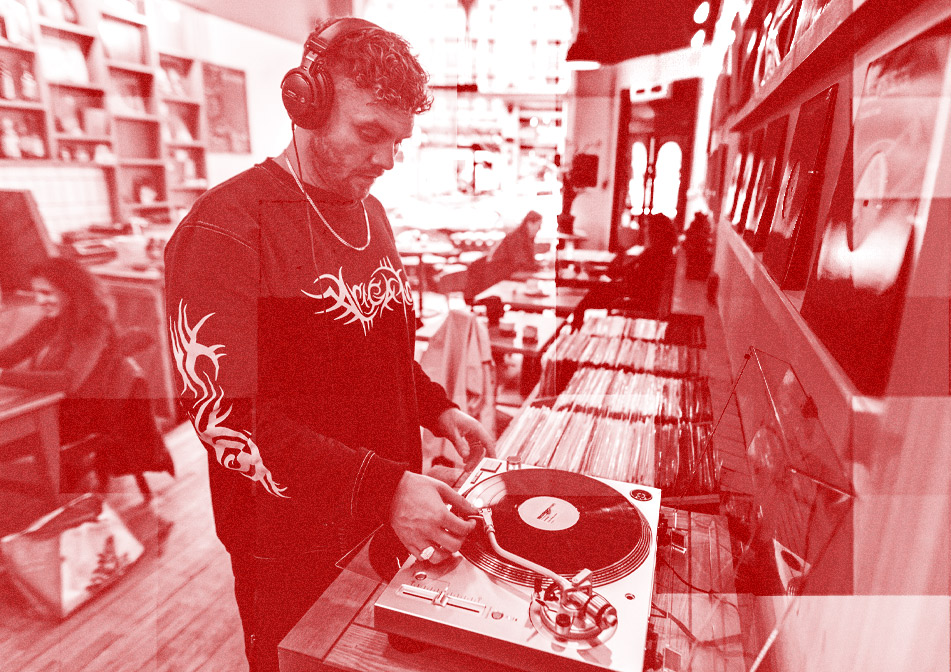 Rossko is now largely affiliated with London’s minimal house and techno scene, but in his words, he went “through so many other genres in London before arriving here.” In 2000, Rossko was at Stratford Rex listening to drum & bass, and three years later, he was at the DMZ raves and parties like Plastic People, immersed in dubstep. It was in 2005 that Rossko discovered ecstasy, and minimal house and techno, and went to Public Life in Shoreditch, a 150-capacity converted public toilet. “I used to go to Public Life for Saturday and Sunday daytime raving. This lead to so many new friendships, and opened the door to another world of London I had never seen before.”

While he raved, Rossko did what he describes as “development and research on the dancefloor.” He reels off parties he attended during those years — Turnmills, Herbal, early Secret Sundaze, The Key, The Cross, Breakfast at Egg, The End — and he even recalls records and artists with total clarity. “I saw Cobblestone Jazz play ‘India in Me’, I heard Samim ‘Heater’ for the first time during those years, and saw Shackleton play in 2007 at T-Bar for the infamous Stink parties on Monday. I went to Kublice when Jamie Jones was just starting to play. There were so many moments. History.”

Around this time, in 2007, after falling in love with the minimal sound and naturally progressing on to mixing the records he was hearing and collecting, the he became a resident for Lost Souls at Public Life. Rossko’s love for the underground continued to grow, his knowledge deepened, and he launched his own illegal string of parties the following year — which ran for half a decade.

“Cerca Trova was the name of the party, it means ‘seek and you shall find’,” he explains. “I did them with a friend, and I got the name from watching a documentary about Leonardo Da Vinci. He put a cryptic clue in a painting to find a hidden masterpiece, that was my lightbulb moment.”

Throwing four seasonal parties a year, Cerca Trova were hosting the likes of Bill Patrick, rominimal mainstay Dan Andrei, Lee Burridge, and Nastia. “Our party was infamous for being three floors underground — and three doors away from the local Police station at DLR Westferry in East London,” Rossko says. It was during this time he also began a residency with London’s FUSE — where he has remained for over a decade.

FUSE are renowned across the capital for their intimate raves and family feel. “Something magical happened the first five years at 93 Feet East. Hard to explain. If you know, you know,” Rossko remembers. “The family vibes come from building trust over many years with the ravers, playing week in, week out. If we weren’t playing that week, we were raving on the dance floor listening to our friends DJ.”

“It was a communal party,” he continues. “It was church. We didn’t need big headliners every event to define our party; we built it from the ground up.” FUSE has since developed into labels, sister labels, and global events, with Rossko heading up the InFUSE parties, and A&Ring for the label. “InFUSE is back at 93 Feet East, and we are creating similar vibes as the old raves, six years on, with new ravers who have a fresh attitude to clubbing.” The music he produces is a culmination of all his experiences spent raving, as well as behind the booth, too. His first release via FUSE London is inspired by nights spent at Cerca Trova.

In the last 12 months, Rossko has been back in the studio between London and Berlin, working on upcoming releases for 2020, and gearing up to launch his label, Late Night Skanking (LNS). “I’ve recently found the right balance between digging and studio time — I spent 15 years touring, and now I’m transferring all those experiences back into my own music,” he says. “Playing my own beats gives me more purpose and energy to get back in the studio, to improve on the last track and dig a little bit harder to gain extra knowledge, so that I can transmit that into my productions. It’s a nice symbiotic flow I have at the moment.”

Spending over a year planning and designing the whole project, Rossko’s new label is over a decade of work. Late Night Skanking launches in June as not just an imprint, but a party and fashion brand too, with an open-air launch party at Go Beach Club in June. “This label is in my DNA,” he says. “It just felt right merging it all together under one roof. It’s all the music from my past that has brought me where I am today, and where I’m going tomorrow.” 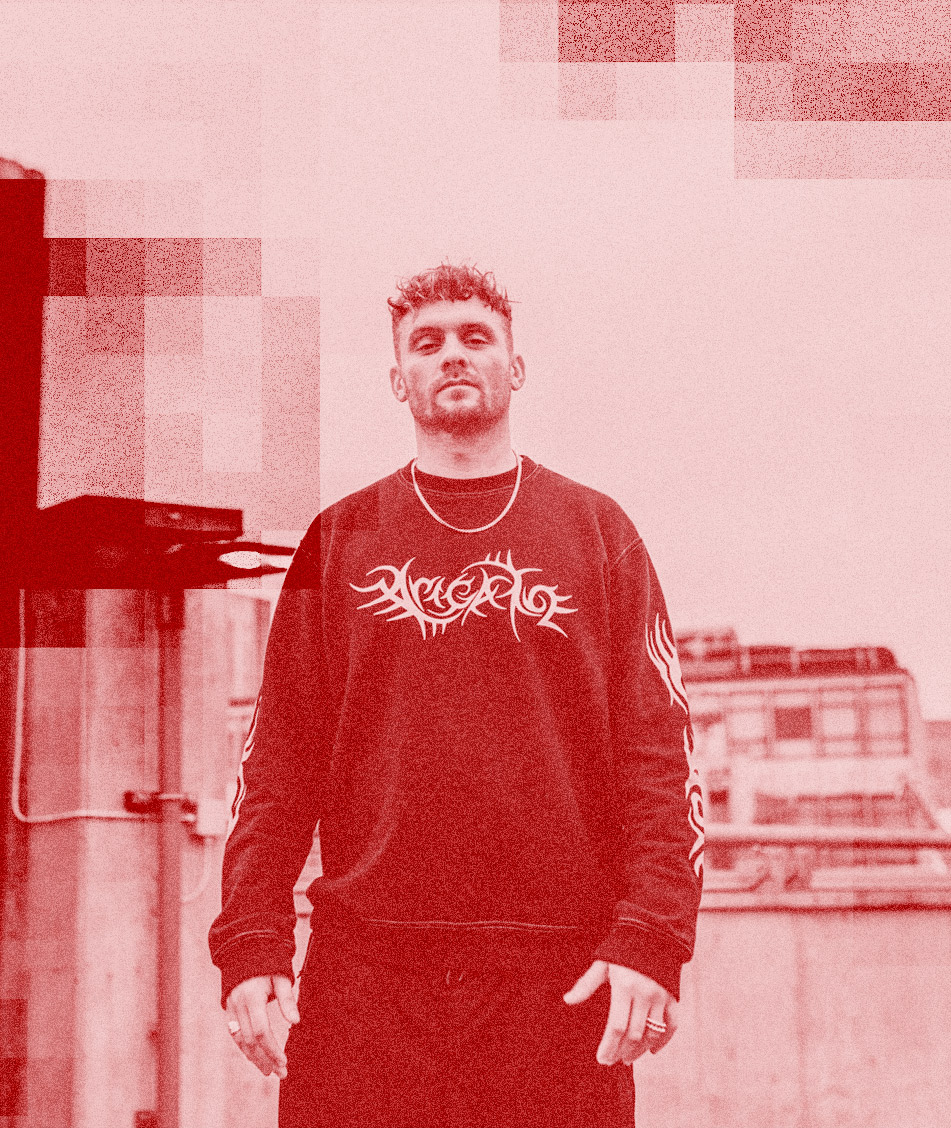 Much like everying the DJ and producer is involved in, LNS retains the family feel that has been interwoven throughout his career. Split into four sections, the label will platform a variety of artists, both old and new. “The first release on vinyl and digital via LNS is from myself,” Rossko says. “The LNS VIP will be Bandcamp exclusive releases. It’s for all the people I’ve met on my journey, and everyone releasing on here I have a relationship with in one way or another.”

“I’m very excited to share up and coming artists like Deego Fresh, a new alias from OdD, Suburbial from Berlin, and Manglus and Guilleme De Caminos from Uruguay,” he continues. “I also want LNS VIP to give opportunity to old friends who want to experiment and make music under new aliases.” The LNS collab part of the label features 12 tracks from 12 of the producer’s friends released across three EPs, and the first LNS album comes courtesy of DJ Dowee, who taught Rossko how to mix in the early days of his career.

Alongside LNS, Rossko will be launching his Living It Lovin' It XL tours in Asia, Australia, North & South America, Europe, and the UK. He's also remixed Traumer on a forthcoming INFUSE record, and has remixed two tracks for an upcoming Maya Jane Coles release. There’s new music incoming on Rossko and Archie Hamilton’s collaborative label, Arkityp, and he also reveals he’ll be back on the mic to spit on some records this summer. "The Skoeman project is where I will produce and MC on the same tracks, not just house and techno," he says. "This will come out on Late Night Skanking. It's like full circle for me - to MC 20 years ago and do it all again on my own label is an amazing feeling."

Rossko’s On Cue mix is a reflection of what he’s currently playing in the clubs. “From the intimate sessions to the big room, some new, some old, and some exclusive records,” he says. “I really enjoyed digging out on these records and putting them together.” A melting pot of hypnotic minimal rollers, including some forthcoming releases on Late Night Skanking, you can check the mix out below.

All press shots by Daisy Denham.

Want more? Check out our On Cue mixes from Ross From Friends and Jordan.