Following armed raids of pivotal Tbilisi, Georgia clubs Bassiani and Café Gallery on Friday night/Saturday morning (12th May), thousands have gathered outside parliament in what has been described as a “protest rave”.

News broke on Saturday morning that the clubs had been stormed by armed police, allegedly in response to five drug related deaths in the city in the past two weeks which authorities have attempted to link to Bassiani. A statement released by the club last week in the wake threats of closure outlined that "none of the tragic deaths have occurred" on the premises and that the venue was being targeted right-wing political forces in a smear campaign against it.

A subsequent statement made by Bassiani said that "approximately 60 people were arrested" in the raid including the club's cofounders, Tato Getia and Zviad Gelbakhian. Further reports and videos have indicated undue force being used. In the statement, Bassiani allege that “there is no doubt that the state is waging a war against the only sphere of the culture of the independent Georgia.”

Georgian authorities have said that the raids were carried out in order to arrest particular drug dealers in relation to the deaths who they believed to be operating in the club. However, as reported by Resident Advisor, eight of the 10 drug dealers allegedly being sought had already been arrested before the raids took place. 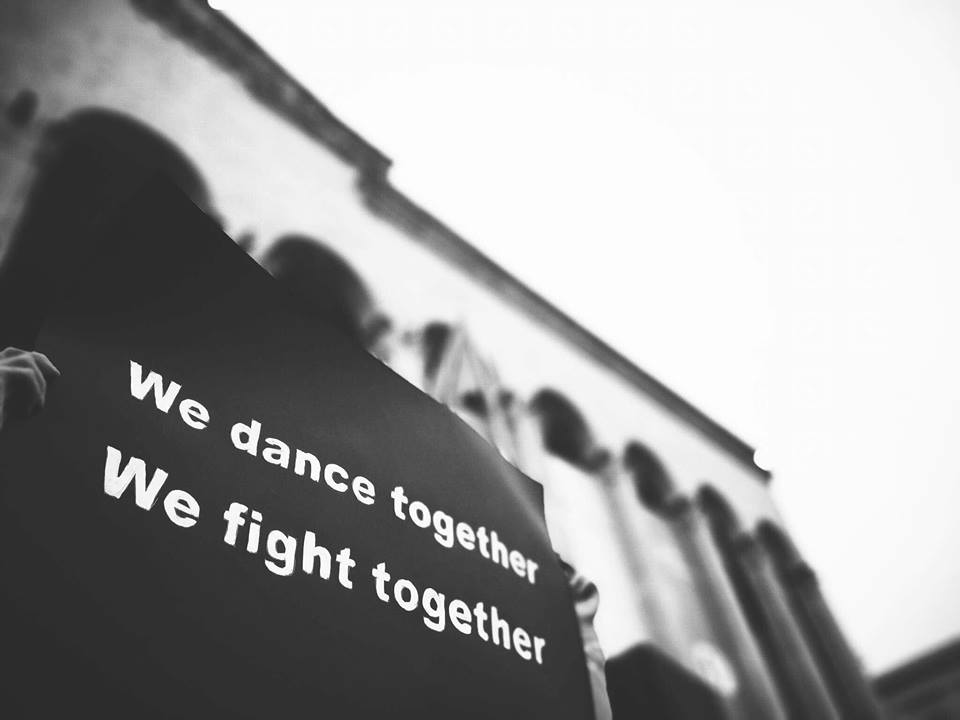 In the hours immediately following the raid, protesters started to gather in front of the Parliament of Georgia though were encouraged to go home by activists before returning at 3pm. Since, thousands of protesters have gathered in front of parliament to peacefully protest the government’s attitude to youth culture and the social change encouraged by the creative and club communities. Videos, news reports and social media activity in the past 48 hours have shown protestors dancing in the streets as DJs – including some who had played Bassiani on Friday, Ateq, Sa Pa and DJ Dustin – play for the crowd.

Members of the White Noise Movement, an activist group linked with Bassiani who have been fighting against Georgia’s zero-tolerance drug policies, have demanded the resignation of Georgia's Interior Minister, who had ordered the raids, and country's prime minister, Giorgi Kvirikashvili. The only official statements made by the government at this point have been from Mayor Kakha Kaladze, which only alluded to the idea that the raids were unfounded while saying “the state should not punish but protect people from drugs”.

Protests continued despite numerous efforts to shut them down by authorities but have been put on hold until 19th May.

Demonstrators have said they will resume action this weekend if their demands are not met. Meanwhile, counter demonstrations have been held by far-right-wing groups.

You can see videos taken during the raid of Bassiani as well as from the protest rave outside Parliament of Georgia below.

Police raided Night clubs in #Tbilisi last night and they received an open air electronic festival in front of the Parliament instead. #Basiani #Georgia pic.twitter.com/RpOEJaNcc9

After #Bassiani raid youth danced for equality in front of parliament building in #Tbilisi pic.twitter.com/8jarzPVUQn