Seoul’s DJ Bowlcut steps up with a radiant mix of house, techno, IDM and acid as part of our Fresh Kicks series...

DJ Bowlcut’s sets always feel as though they’re on the verge of bursting. Starting his musical course as a turntablist with a taste for rough, avant-garde hip-hop and technical scratch DJs like Invisibl Skratch Piklz, the South Korean DJ/producer brings a unshakeable dynamism and urgency to his selections, ensuring the dancefloor stays electrified.

The past year has seen Bowlcut – real name Ju Hwan You – breaking new ground internationally as a touring DJ, as well as continuing to bring artists from around the world to play one of Seoul’s foremost underground clubs, Contra. With names such as DJ Haus, Legowelt, Baltra, DJ TLR, DJ Stingray and DJ Seinfeld being among those he’s hosted and supported in Contra, Ju Hwan has become a pivotal figure in shining a light on Seoul’s quietly thriving scene.

A co-founder of Seoul Community Radio, he has also been a champion for fellow South Korean DJs and producers, with the likes of  박혜진 Park Hye Jin, and his fellow Hazed and Confucius collective artists Purvitae, Anchore and Jae Young, paving the way for a scene built on hazy, distorted and ethereal house.

It’s no surprise that DJ Bowlcut’s tracks on labels like Honey Badger Records and UNFRAME SEOUL and on  popular channels like Definite Party Material and Moskalus have been getting attention from the likes of Josey Rebelle, Moxie and Violet. Shrouded ambient beds pour over rattling breaks like a fog, making for a sound that is at once mesmerizing and club-fit. A dusty, coarse quality courses through his cuts, making immediate comparisons to the lo-fi house sound feel germaine – but the rough-and-ready nature of his sound feels far more interesting than many of the throwaway titles that brief era produced.

“House and electronic music got my attention,” he tells DJ Mag of his transition from turntablist to club selector. “I wanted to make something like that but I had very limited access to know more of this music. I had to use my imagination to recreate those sounds with a sort of hip-hop Approach. It’s probably those experiences that make me like DIY, rough sounding music”

Looking forward, DJ Bowlcut is planning a mini-tour across Europe and Asia for the summer, while simultaneously working on a new EP that he says will find him experimenting with new styles and sounds as he strives to create something he feels truly like him. All the while, he’ll continue his work with Seoul Community Radio and in Seoul’s underground clubs, promoting local talent and pushing to create means and platforms for emerging talent to break through into the global sphere he seems primed to conquer.

In the meantime, he has dished up a radiant 75 minutes of house, techno, acid and ambience for our Fresh Kicks series, with much of the tracklist being made-up of his peers in the Seoul scene. Check it out below. 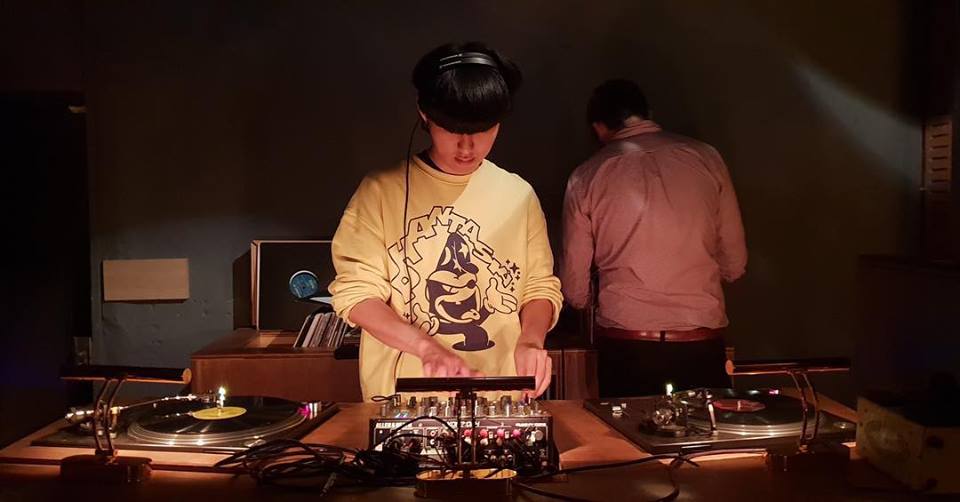 Last DJ that blew your mind?
“Krijka from Fuego International and Seohyun”