The Northampton-based DJ/Producer emerges from the dark, cold techno depths into warmer, more colourful territory under his new Veyg alias...

For over a decade now, Tom Dicicco has been gradually carving a reputation as a DJ/producer of deep, dark and atmospheric techno. The Northampton-based artist’s productions have traditionally occupied a sonic space that felt at times vast and overwhelming, at others claustrophobic and tense. Rolling drums, echoed, haunting whispers, and rumbling bass grooves on releases like ‘Material Things’ [Baud, 2010] and ‘No Sympathy’ [The Corner, 2013]. Elsewhere, releases on labels like Off Minor Recordings, Delsin and his own imprints Run Out Run and Kintsugi Soundsytem have been picked up by plenty of heavy hitting DJs. As a selector, he has brought that same sense of darkness and intensity to venues across the UK and Europe, from Corsica Studios to Berghain and Panorama Bar.

Now though, Diccico seems eager to leave the darkness aside and embrace a more melodic, eclectic end of his tastes. Enter Veyg, a new moniker through which he has been doing just that. On ‘Mutual Romance’, his debut EP under the new alias – released via his own Veyg Times label – Diciccio explores experimental textures, spacious melodies and soundscapes and a more varied array of rhythmic backdrops and tempos. 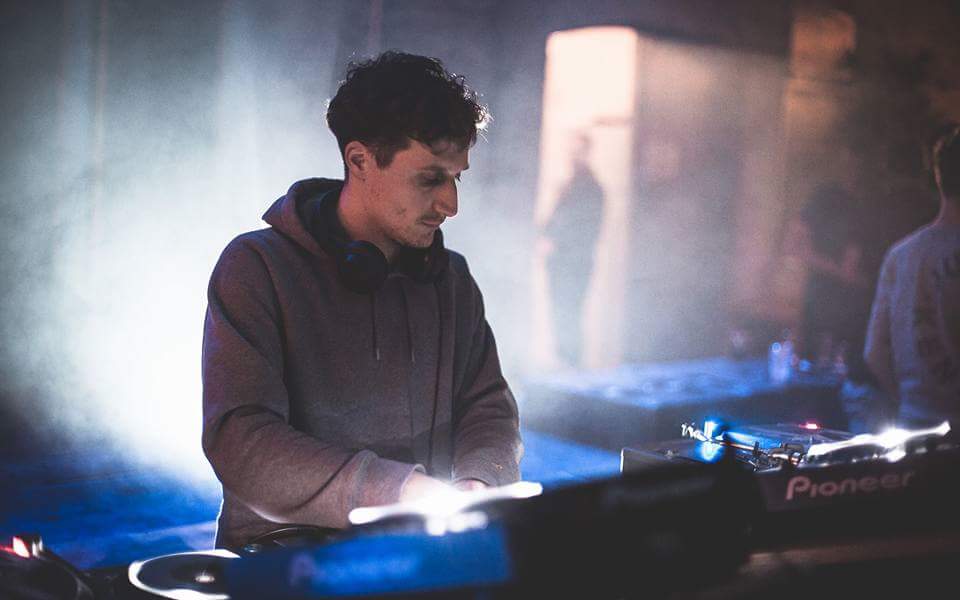 Take the EP’s title track for instance; a tempered, slow-burner built on a muffled thumping kick before layers and layers of fluttering, distorted keys enter to flit and dart around one another. ‘Virgo Love Affair’ and ‘Filling Pieces’ are mesmerising, mildly acidic house cut with enough complexity for headphone listeners and more than enough drive to work in the club. The EPs closer ‘How We Live’ then, is a more minimal affair, built on a subtly tribal drum pattern and eerie bass groove. There is a variety in this new output from Dicicco which was never found before, and while the darkness of his previous releases had plenty to brag about, there is a playfulness and emotion in these new tracks – and his recent DJ Sets – that suggests a certain sense of liberation.

“I used to purposely suppress my more musical side in the past,” he admits. “At the time I didn't feel comfortable exploring that side of my music, which I regret now. I feel as I'm getting older I have a completely different outlook on music and this is something I want to reflect in the tracks I'm putting out with this project. I'm having a lot of fun with it and I hope it continues.”

Dicicco’s introduction to DJing and production was a gradual process that started early “I used to wait for my sister to go out so I could steal her Ministry of Sound CDs as I was always intrigued by dance music from a young age,” he says. “I was taught how to DJ from my dad's friends and it went from there. The production side of things is something I explored myself as a natural progression from that.” 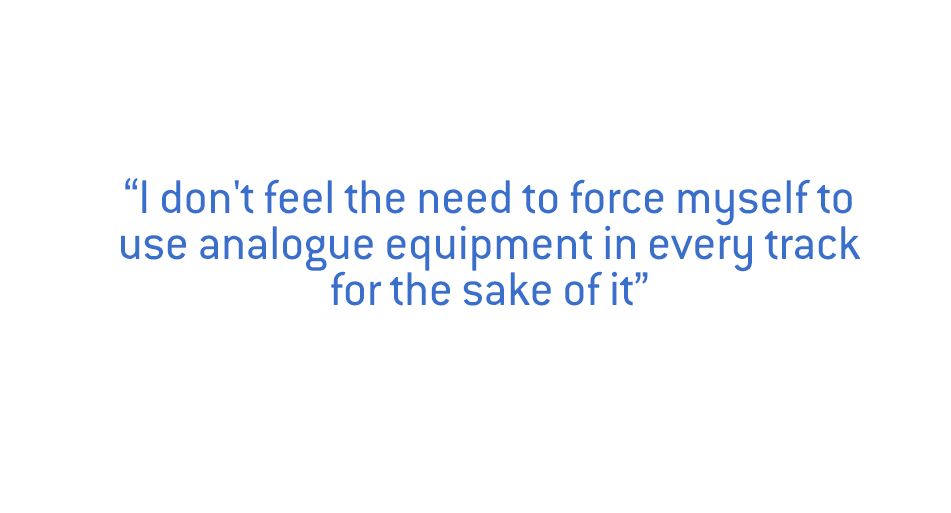 When discussing the scene in Northampton and its suitability as a breeding ground for club music, DJing and production, Dicicco acknowledges that it is a quality over quantity situation, but that, by-and-large, this is favourable. “For a big town there's not a great deal going on but the parties that are happening are brilliant,” he says.

“There's Vintage Future, which I'm fortunate enough to be a resident at and has played host to some great DJs in the town and then there is Atomic Funk, which is always a killer night and again has invited some great names to play in the town. There's a wealth of talented artists and like minded people in Northampton with a passion for electronic music and most of this centres around the mythical Vinyl Underground record shop, which if you don't know about yet you need to get to know!”

When it comes to production, Dicicco’s set-up varies between analogue and digital and mixtures of the two, making use of a series of synths, drum machines, fx and software. “I don't feel the need to force myself to use analogue equipment in every track for the sake of it,” he says. “Sometimes it's not necessary. As long as it sounds good that's all that matters.

“I always try and convey particular emotions in tracks,” he adds. “I get quite frustrated at times as I have melodies in my head that I'm unable to translate because I don't have the skill to make them a reality. But I try my hardest to get the ideas on the computer and sometimes this leads to some happy accidents so it balances out in the end.” 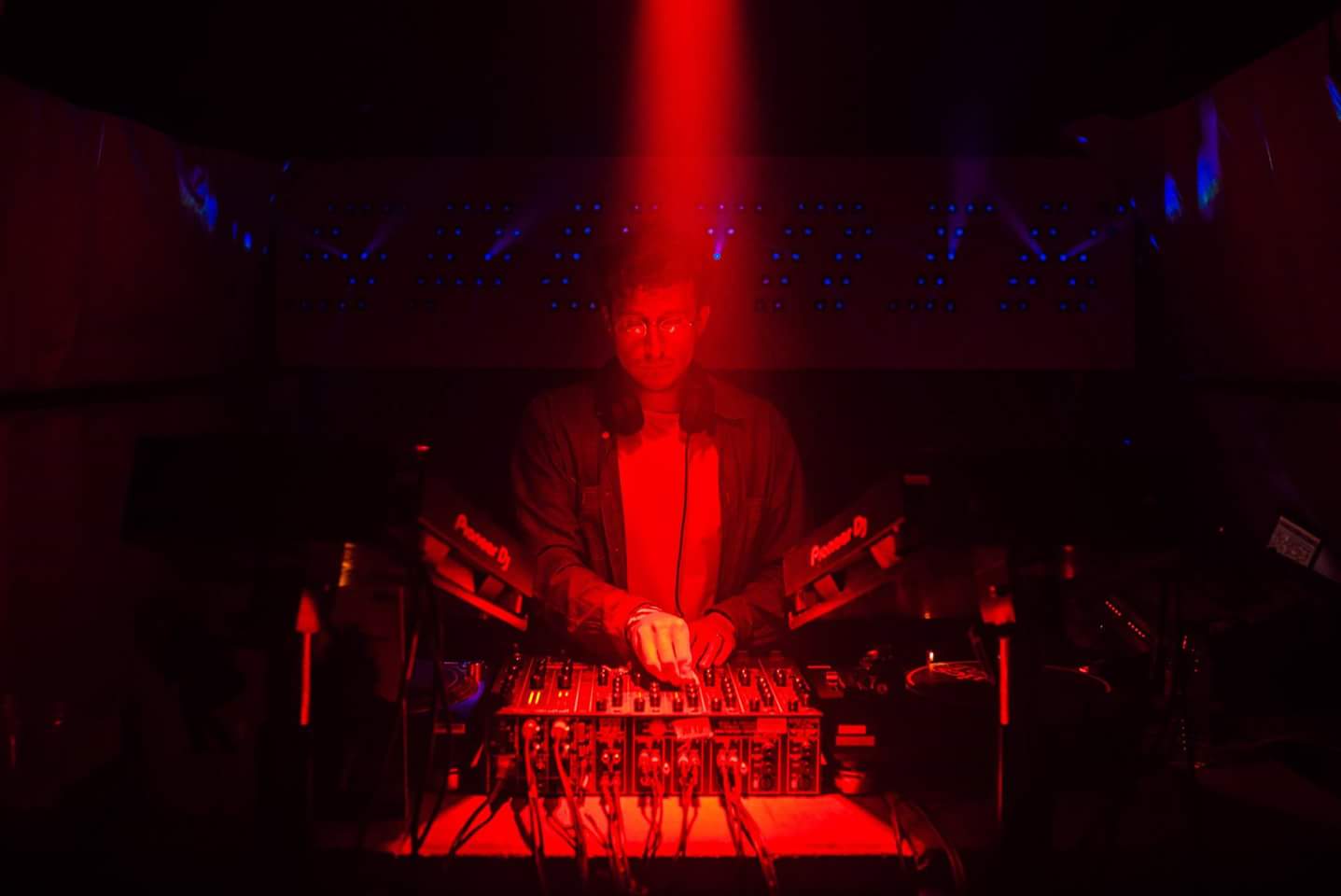 For his DJ Mag Podcast mix, Veyg has served up an eclectic, deep and melodic 60 minutes that resonates well with the newfound musicality of his recent productions; something that is warm and inviting on these bitterly cold days. “I wanted to battle the elements outside with this mix,” he explains. “It's way too cold at the moment for my liking. I picked some of my favourite tracks of late and recorded it on a Sunday morning. I try not to think too much about mixes otherwise I end up putting way too much pressure on myself and ruining it. So I'm happy with how this turned out. It’s all about battling this 'Polar Vortex' with some warmer vibes and it fits with what I'll be playing out with the Veyg project.”

And what should we be doing while listening to it?

“My recommendation would be to sit down – preferably with a Piña colada in hand – and think of the first days of a good summer.”

Veyg will be Djing in Northampton’s Vintage Future on the 7th of April alongside John Shima and on April 14th for Exförm at Bunker Club in London.

Want more? Check out our recent Podcast with Hopeworks Sheffield's Lo Shea and our recent recognise mix with the mighty Elena Colombi.

Eoin Murray is DJ Mag's Digital Staff Writer. You can find him on Twitter @eoin_murraye Features
Russell E.L. Butler is building a home in techno